How Insurance Saved Banks from Losing $250 Million During Prohibition

How Insurance Saved Banks from Losing $250 Million During Prohibition

Many stories have been written about the Eighteenth Amendment to the constitution and its eventual repeal 13 years later. Most agree that the results of “prohibition” were disastrous. Federal tax revenues plummeted, hospitality businesses foundered, and criminal enterprises flourished. One side of the story that rarely gets discussed however is how insurance and banking played a role in the period leading up to passage of the amendment and the early years of its implementation.

Warehousing and transportation are key components of the current American economy, and the same could be said for the early twentieth century. Then, as now, products were being shipped across the country in large volumes with significant monetary value. Owners of inventory typically use bank loans to finance the production, storage and transportation of the product until it is sold. Banks issuing such credit require the owners to provide “warehouse receipts”, or written evidence of the goods being held in a warehouse. In the case of a particularly valuable, or regulated product such as liquor, the banks would further require that the warehouse be “bonded”. In most cases bonds are issued by an insurance company in a legal process referred to as surety. The insurance company agrees (for a fee) to guarantee the financial pledge the owner of the property is making to some third party. If the owner defaults, the insurance company is required to make restitution to the third party.

Records of the US Senate Committee on Agriculture and Forestry from June of 1918 provide detail of the extent of bank’s commitments to the liquor industry. Percy H Johnston, VP of Chemical National Bank of NY testified that there were between 200 and 250 million gallons of liquor stored in bonded warehouses representing a value of $500 million. Against this was approximately $250 million in credit issued by US banks. The bankers feared that quick passage of laws implementing the prohibition of liquor would render this credit worthless and result in the failure of many small banks. It seems nothing was in fact done to specifically address this issue in the eventual implementation of the law. In 1920 the Bulletin of the American Warehousemen’s Association, Vol 21 quoted Federal Reserve Board Chairman William P.G. Harding; “[the U.S. Attorney General] has ruled that warehouse receipts covering whiskey in bond may under certain circumstances be legally bought and sold. Whether or not a bank will make a loan upon a note secured in that manner is a question which, of course must be determined by the bank itself in each case”.

By January of 1922 (two years after ratification of the amendment) there remained 38 million gallons in 304 bonded warehouses. 80% of the stock was in reality owned by banks who held warehouse receipts for the spirits but had no control over it under prohibition laws. Congress passed the Concentration Act in Feb 1922 allowing spirits to be moved for bottling and storage, and empowered the IRS to write regulations ensuring the payment of taxes on the spirits. The Transportation and Warehousing bond Form 1522 was required by the IRS ruling, ensuring that requirements of the law were complied with and taxes would be paid. Insurance companies provided financial surety using the IRS bond. As a result the value of the warehouse receipts held by banks did not crash, and they continued to be bought and traded by investors and speculators who envisioned the eventual repeal of Prohibition.

Insurance companies provided underwriting expertise to profitably assume the risk of default among whisky warehouses, allowing banks to properly collateralize their loans during the “dry days” of prohibition. 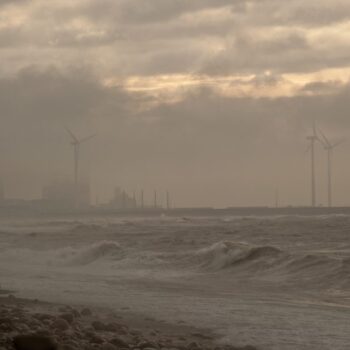 Choosing the Best Vehicle for your Teen